The challenge:
Prior to its final demolition in 2014, the vast Heygate housing estate in Elephant & Castle, south London, became a regular film set for gritty crime dramas. "It was notorious," says Philip Marsh, co-founding director of dRMM Architects, which was commissioned by property developer Lendlease to design the Trafalgar Place scheme. "It was imposing, disconnected from the street and unwelcoming.The buildings were only completed in the 1970s, but were already showing their age, with minimal insulation and a deteriorating building fabric. The challenge was to create connected public spaces and high-quality homes for people to live and feel safe in."

The solution:
Trafalgar Place comprises a 235-home development of mixed-tenure apartments and townhouses, 25 per cent of them affordable, in buildings ranging from four to seven storeys and designed to integrate with neighbouring buildings. This is the first phase of Lendlease’s Elephant Park regeneration project for the whole Heygate Estate area, which promises to deliver 3,000 new homes, 50 new shops, restaurants and cafes, as well as a park at the centre of the community. 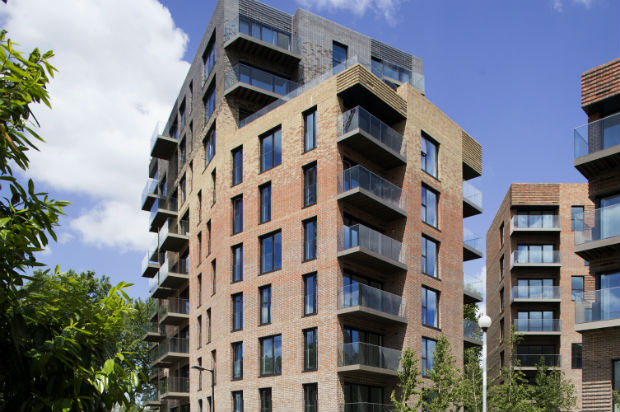 The Trafalgar Place scheme is designed to be "tenure-blind"; all types of homes are built with the same quality of materials (traditional brickwork, glass and metal cladding) and guaranteed outside space in the form of a garden, green roof terrace or private balcony.

Notions of safe, sustainable community have been integral to the scheme. The architects say that the blocks of the Heygate Estate were felt to hinder community-oriented spaces, and became associated in many minds with deprivation and anti-social behaviour. In working to support established and evolving communities in a new space, the Elephant Park developers say they have worked hard to listen to local people. 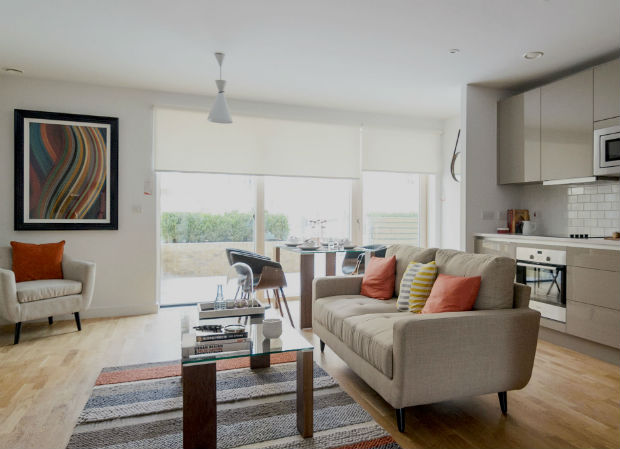 "At Trafalgar Place, you can see the positive and substantial impact this early engagement has had. For example, it was clear that high-quality, publicly accessible space and the retention of mature trees were important to the community. This is why the completed scheme retains 25 mature trees from the former Heygate Estate [and why] almost half of the development is publicly accessible space."

And community engagement efforts are ongoing. Heasman adds: "We are here for the long-term as well, so we have already starting holding events at Trafalgar Place to integrate new residents into the existing community.

Trafalgar Place prioritises green space, sustainability, community wellbeing, and the need for a bit of tranquility in the midst of inner-city living. "As London densifies and seeks to cope with its chronic housing shortage and improve inner-city living, we believe that quality of life and an awareness of the effects of the built environment at a local and global level should be paramount," says Marsh.

His team has learned the importance of: "designing for a sustainable community, reconnecting neighbouring communities, retention of existing trees, designing for the needs of a diverse age-group, and creating a place where people are proud to live."

At the recent London Planning Awards, organised by business group London First, Trafalgar Place was named Best New Place to Live and also picked up the Mayor’s Award for Planning Excellence. Presenting the awards, mayor Boris Johnson said Trafalgar Place stood out, "not only for the magnitude of change that it’s achieved, but also for setting the bar and being the first piece of the jigsaw for a whole area of London which had been in dire need for regeneration."