Regularly cited by pun enthusiasts as the ‘gem’ of Birmingham’s central area, the Jewellery Quarter has become a sought after destination for those looking for a unique, vibrant and characterful place to live, close to the heart of the city centre. Jewellery manufacturing was, and continues to be, a key function in the quarter, but the products of local industry were far more diverse, including components for pens and bicycles. This all took place in buildings ranging from workshops in fine grain and residential villas dating from the area’s early origins, through to larger, purpose built factories of the quarter’s Victorian heyday. These premises have provided fertile ground for apartment development, including innovative, bespoke conversions of historic buildings, as well as inspiring the scale, massing and architectural character of new build blocks.

The Kettleworks development provides the latest example of both paradigms. It is on the edge of the Jewellery Quarter, with a boundary onto Birmingham’s outer ring road. Originally called the St George’s Works, it was built around 1900 and was where Swan manufactured kettles. The development involved retaining the historically important factory buildings, together with selective demolition to make space for new buildings. Overall, 292 apartments have been provided, together with some complementary mixed use development.

The Kettleworks forms part of a larger project called St George’s Urban Village, claimed by the developer, Seven Capital, to be Birmingham’s largest residential development, delivering 596 new homes. This is a particularly major development considering the sensitivity of the Jewellery Quarter conservation area as a unique and intact historic area. The development is nearing completion but a sense of its character and quality is already abundantly clear. Significant planning policy and guidance have helped to shape design in the quarter, which is obvious in this development. It has been clearly inspired by the layout, scale, proportion and materials of the site’s industrial heritage.

Key to this character is the reinstatement of the historic street network and building line. The sequence of buildings fronting Pope Street is particularly successful, with a pleasing degree of variation in character, and it benefits from the street’s existing change in alignment. The elevation to Camden Street is less successful, being more generic in appearance and lacking in relief, although this street is less prominent on the outer edge of the quarter. 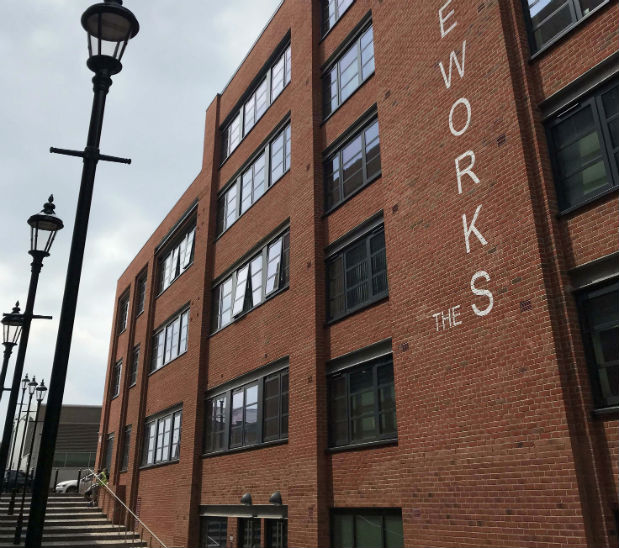 A new pedestrian route has been created between Pope Street and Camden Street, providing enhanced permeability through what would otherwise be a very long block. This route is attractive, well overlooked by adjacent buildings and delivered in high quality public realm materials and lighting, which collectively create a characterful and human scale connection – and provides vital breathing space between buildings (shown above, photo courtesy Katie Kershaw).

The site’s modest 38 per cent parking provision is in a multi-storey car park, attractively faced in perforated brickwork, which sits comfortably with the wider scheme and ensures that it does not disrupt wider townscape views.

Uptake of the mixed use space is not known, however, this will be an important factor in creating interest along the street, in what is otherwise a fairly inactive environment at ground floor. The residential elements of the scheme are, however, fully sold prior to completion, undoubtedly helped by the area’s popularity. This is nonetheless a strong indicator of the success of the scheme as a significant new addition to the ever-evolving Jewellery Quarter.

Katie Kershaw is a director of urban design, landscape and heritage consultancy, Node.